What Are the Most Popular Desserts in the World?

Discover some of the most popular desserts in the world. Do you know what are the famous desserts in each country across the globe?

Cupcakes are popular in the United States. Cupcakes refer to those tiny cakes that are baked either in aluminum cups or thin paper molds. Generally, one cupcake will be served to a single person. The term cupcake was first mentioned in 1796, particularly in a cookbook by Amelia Simmons entitled “American Cookery.”

Based on her recipe, cupcakes are baked in small cups. In 1828, the term was mentioned again in the cookbook of Eliza Leslie’s Receipts. Throughout the years, cupcakes have turned out to be a significant industry. Nowadays, cupcakes are used to describe any small cakes with the size and shape of a cup.

Mochi is famous in Japan and is considered a significant part of Japanese culture and cuisine. These tiny cakes are created from glutinous rice. The process of making mochi is quite time-consuming. First, the boiled or steamed rice will be pounded to turn into a thick and homogenous paste. Typically, the glutinous mochigome variety will be used.

After on, it will be rolled and formed into small circles. Although mochi is originally from China, it has been an essential part of Japan for centuries. Its first appearance was during the Yayoi period when only the aristocrats can enjoy it. However, during the Heian period, mochi was typically served during religious festivities because most people believed that it can bring them good health and fortune.

Brownies are considered one of the most famous desserts in America. They are dense, chewy, fudgy, delicious, and rich in chocolate flavor. It was believed that it was initially created in 1896 when Bertha Palmer asked the chef to make a new chocolate dessert for the Colombian Exposition. 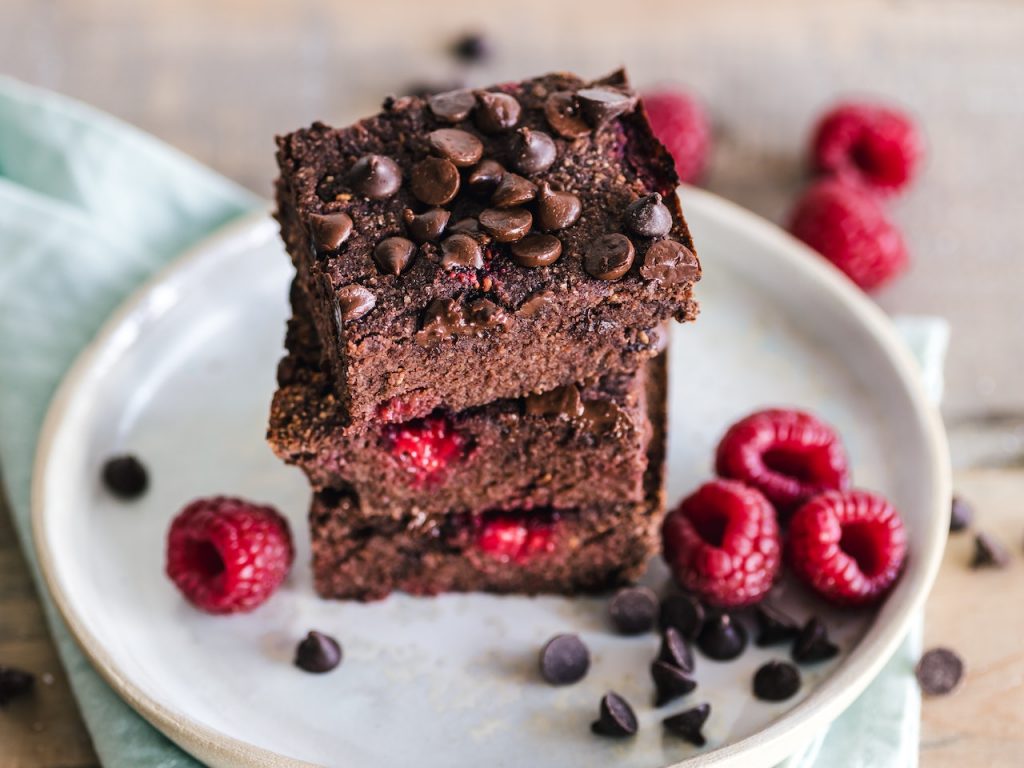 Although others claim that it was just an accident, when Brownie Schrumpf did not include baking powder from a chocolate cake, resulting to a thick, black cake bar. No matter what its origin is, brownies were made popular by two brands, Betty Crocker and Duncan Hines, during the 1950s.

Wagashi is identified by its design. When cherry blossoms are in full bloom during the spring, wagashi comes in cherry blossom shapes, accompanied by cherry leaves or petals. The origins of wagashi can be traced way back to the Yayoi Era when they can’t find anything else other than berries, fruits, and natural nuts. The grain processing method introduced by China has dramatically influenced the production of wagashi.

Even though archaeologists had discovered some solidified fried cakes with holes in the middle, it is still uncertain how these fried dough desserts were prepared by the early Native Americans. During the early these, doughnuts were commonly referred to as olykoeks or oily cakes. Consequently, the pilgrims from Holland were responsible for bringing doughnuts to the United States.

Generally, the early doughnuts were accompanied by raisins, prunes, or apples in the center. Doughnuts were already considered an American favorite, during World War I. When soldiers consume doughnuts, they think of home.

During the 1950s and the 1960s, doughnuts become more and more popular, and new doughnut chains have begun to appear on the market, including Dunkin’ Donuts and Krispy Kreme. Doughnuts became a breakfast food.

Chocolate chip cookies are often accompanied by a cup of coffee, tea, or a glass of milk. This is done to keep the sweet and salty flavor well balanced. These cookies have a chewy texture and are filled with small chocolates, which remind Americans of their childhood. 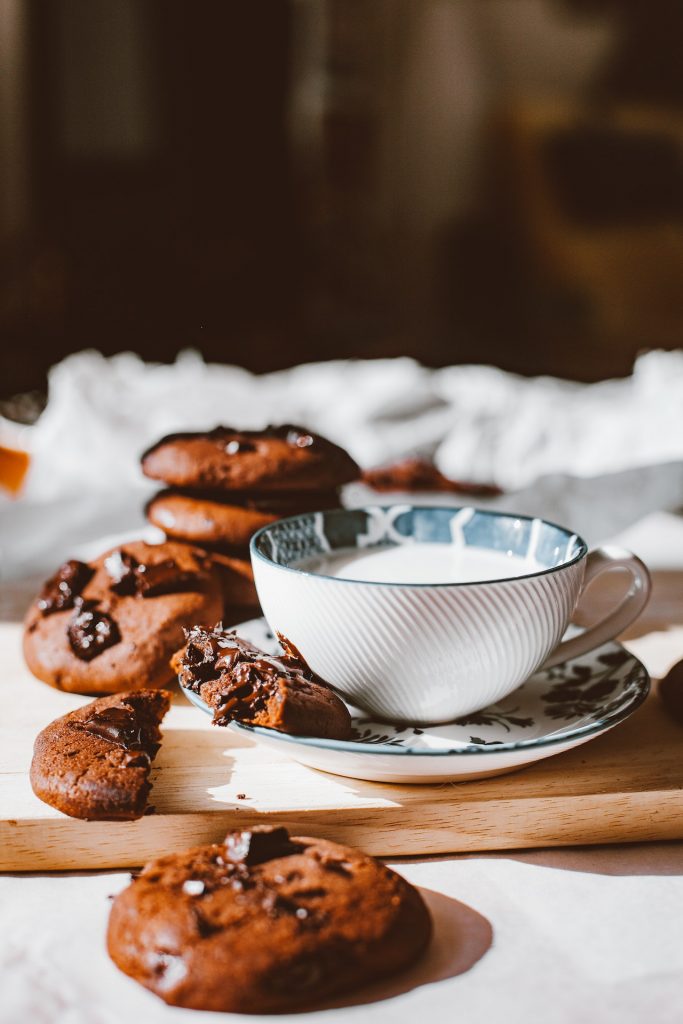 These sweet treats have an incredibly interesting origin, just like the cookies. The Toll House Inn was a famous bed-and-breakfast hotel located in Whitman, Massachusetts. Ruth Graves Wakefield and her husband purchased it. Due to Ruth’s excellent cooking, the inn quickly gained popularity in just a short period of time.

Tiramisu is a popular dessert from Italy. Although this delicious dessert is recently made popular, it has enjoyed an incredible status among Italian desserts. Tiramisu is composed of coffee-soaked ladyfingers along with mascarpone cream. Originally, its name is derived from the phrase tirami sù, which means pick me up in Italian. It is related to the enticing effects of coffee, liquor, and sugar.

There are some disputes between Friuli-Venezia Giulia and Veneto concerning the origins of tiramisu. However, it was suggested the tiramisù was first discovered in the early 1980s in Veneto. Italy. However, the first documented recipe for this dessert was in 1981. It was printed in the spring edition of Vin Veneto magazine, specifically in the article by Giuseppe Maffioli, a  member of the Italian Academy of Cuisine and a well-known food critic.

Commonly referred to as flavored milk and ice cream, milkshakes are served cold and richly decorated. This dessert dates way back to 1885. However, it was quite different since it referred to a whiskey drink, which was the same as eggnog, which was described as a health remedy.

However, at the end of the 19th century, milk-based drinks were combined flavored syrups and were known as milkshakes. The creation of the different versions of milkshakes is greatly inspired by the popularity of electric blenders and the invention of wheat flour, malted barley, and malted milk powders, which included dried milk.

Macarons refer to those small, round, delicious meringue-based cookie sandwiches that have fillings in the center. They are chewy in the center, yet crunchy on the outside. The origins of macarons can be traced way back to 1533 in Italy. Its name is taken from maccherone, an Italian word that means fine dough. 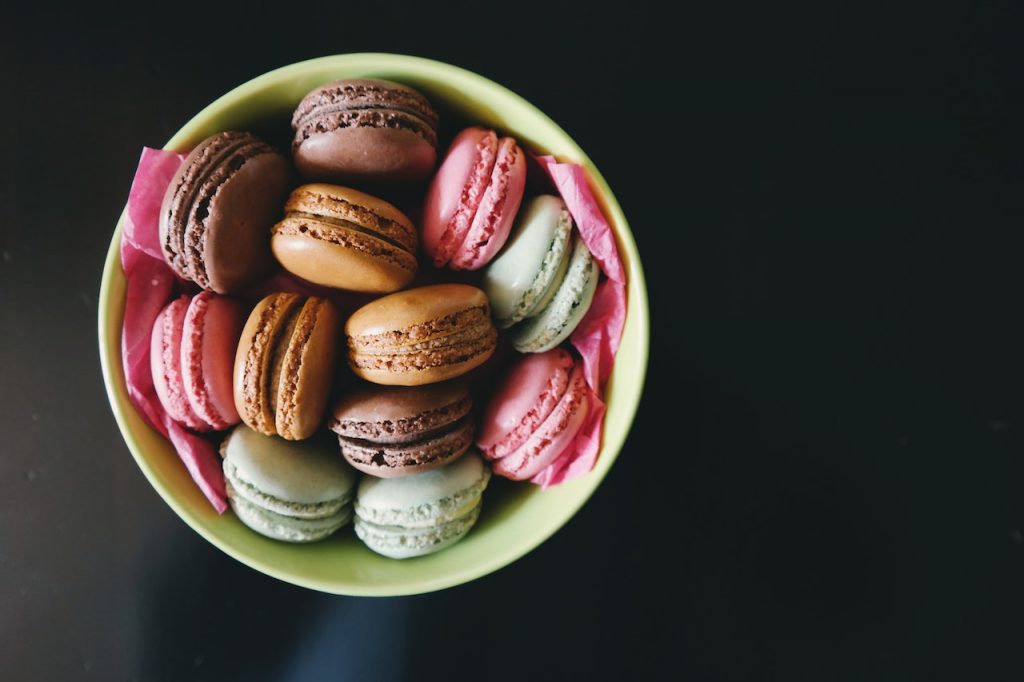 Initially, it was prepared during the wedding of the Duke of Orléans of France, who became King Henry II. According to food historians, macarons were invented by Pierre Desfontaines. A creamy ganache filled the cookies, and he stuck them together. Now, it is known as one of the most versatile treats.

Churros are made of deep-fried yeast dough coated with sugar. They are long, crunchy, crispy, and incredibly fragrant. Although there are some disputes about consuming these sweet desserts due to the harmful effects of fat and sugar on the body, the popularity of churros worldwide has not declined.

The Spanish shepherds first invented these sweet treats since they could easily cook them in an open fire using a pan. These uniquely shaped cinnamon twists with sprinkled sugar are commonly found in Latin America and Spain. They are usually served as a breakfast food and a cup of hot chocolate or coffee.

Although England has been famous for creating meat and fruit pies, it became a great inspiration for the Americans. When it comes to American desserts, the first thing that comes to mind is apple pie.

You can find apple pies almost anywhere in the United States. They are sold in home bakers, coffee shops, restaurants, grocery shops, etc. Apple pies are filled with sugar-coated apples and baked until the double crust becomes golden brown.

Wave the Grain provides different varieties of gluten-free desserts. Although these desserts are gluten-free, you cannot tell the difference. To know more about our products, call (303) 721-7547 or email us at kristin@wavethegrain.com.